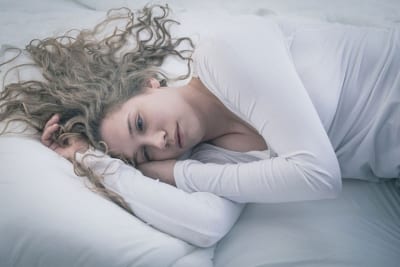 Fibromyalgia is the second most common condition affecting the bones and muscles. Often misdiagnosed and misunderstood, patients suffering from fibromyalgia have widespread muscle and joint pain, and fatigue. There is no cure, but pain specialists can help.

When the body hurts, unique signals travel through the spinal cord to the brain where the signals are perceived as pain. Normally, as the body heals, the pain gets better and eventually goes away. However, people with fibromyalgia hurt all over, even when they are not sick or injured.

Fibromyalgia can last a long time, but does not result in tissue damage or death. The term “fibromyalgia” comes from a combination of New Latin and Greek words. From the New Latin fibro-, meaning “fibrous tissues,” from Greek myo-, “muscle,” and Greek algos, “pain;” the term literally means “muscle and fibrous connective tissue pain.”

Fibromyalgia is a chronic (ongoing) medical condition that causes widespread pain in the muscles and soft tissues throughout the body. It is a common rheumatoid disorder of the muscles, connective tissue, and bones; but does not involve the joints. Researchers believe that fibromyalgia amplifies painful sensations by affecting the way the brain processes pain signals.

Doctors describe fibromyalgia pain as a widespread, constant, dull ache that has been present for at least three months. Fibromyalgia causes a heightened pain response to pressure affecting multiple points on the body. The most common locations of fibromyalgia pain are the neck, shoulders, back, chest, hips, buttocks, arms, and legs. Even light pressure at one of these points causes pain. The pain may be worse in the morning and evening. Sometimes, the pain may last all day.

The pain of fibromyalgia may be worse during activity, cold or damp weather, or with anxiety and stress. Fatigue, sleep, memory, and mood issues may also accompany the pain, which affects about 2% to 4% of the U.S. population. Adult females ages 30-50 seem to be affected about twice as often as males; however, anyone can have fibromyalgia.

Doctors are not certain what causes fibromyalgia, but it most likely involves a variety of factors working together.

Some doctors believe repeated nerve stimulation causes changes in the brains of patients with fibromyalgia. This change involves an abnormal increase in levels of certain chemicals (neurotransmitters) that signal pain in the brain. Additionally, the brain’s pain receptors appear to develop a memory of the pain, while becoming more sensitive and overreact to pain signals.

Some medical professionals think fibromyalgia results from a problem with how the brain and spinal cord process pain signals from the nerves. Others believe there may be a link between sleep problems and stress, because lack of restful sleep can decrease the body’s production of the chemicals needed to regulate pain.

Fibromyalgia can also result from physical trauma, surgery, infection, or significant psychological stress. In some cases, fibromyalgia symptoms gradually accumulate over time without a specific event triggering the onset.

Many things can cause the body’s pain signals to go awry. Some of the conditions that are likely to cause fibromyalgia include:

What are the Symptoms of Fibromyalgia?

Fibromyalgia symptoms can vary with each patient; but, chronic pain is the most common symptom. The pain most often affects the muscles, and the points where muscles attach to bones (ligaments and tendons). The pain may begin in one part of the body, such as the neck and shoulders. A primary characteristic of fibromyalgia is the presence of multiple tender points, specifically in the neck, spine, shoulders, and hips. Over time, the whole body may be affected.

Fibromyalgia pain can range from mild to severe, and may feel like a burning, soreness, stiffness, aching, or gnawing pain. There may also be sore spots in certain parts of the muscles.

Patients with fibromyalgia often say their muscles feel like they have been pulled or overworked, and sometimes the muscles twitch or burn. Some patients describe fibromyalgia pain as being similar to arthritis; however, fibromyalgia does not damage the muscles or bones.

The lack of sleep, along with the pain, can cause cognitive difficulties that can interfere with the ability to function at home and work. A symptom commonly referred to as “fibro fog” is characterized by impaired concentration, problems with short and long-term memory, impaired speed of performance, inability to multi-task, cognitive overload, and a diminished attention span.

Many people who have fibromyalgia also have tension headaches and temporomandibular joint (TMJ) disorders. And, some feel more pain when they try to relax, and less when they are active, busy, or exercising.

Other symptoms of fibromyalgia include:

Fibromyalgia patients may also experience a heightened sensitivity to noises, bright lights, odors, temperature, and touch, symptoms similar to a severe migraine headache. The frustration of dealing with a condition that is often misunderstood can also lead to depression and health-related anxiety.

How is Fibromyalgia Diagnosed?

Because all the symptoms of fibromyalgia can appear as other health problems, it is essential to obtain a proper diagnosis. Unfortunately, there are no definitive lab tests that can confirm a diagnosis of fibromyalgia. Instead, because the symptoms are so similar to other conditions, a doctor will want to rule out illnesses such as an underactive thyroid, arthritis, and lupus before diagnosing fibromyalgia.

As part of the diagnosis, a doctor will inquire about previous medical issues with the patient and close family members. In some cases, blood tests may be ordered to check hormone levels and for signs of inflammation, as well as X-rays. During a physical examination, the doctor will check for the presence or absence of tender spots on the patient when applying light pressure to specific locations on the body.

Generally speaking, if a patient has had widespread pain for more than three months, with no other underlying medical condition that could cause the pain, fibromyalgia could be the diagnosis. Furthermore, to classify pain as “widespread,” the patient must experience pain on both sides of the body, both above and below the waist.

How is Fibromyalgia Treated?

There is no cure for fibromyalgia, but the symptoms can be managed. Some mild cases may get better with simple stress reduction or lifestyle changes. Since patients often experience both physical discomfort and psychological/emotional hardships, a successful treatment plan includes both the body and the mind.

Sometimes, it may take a variety of medications to help control fibromyalgia symptoms. Many patients find that exercise, relaxation, and stress-reduction measures help reduce the pain. The treatments include:

Often by relieving stressful situations for the patient, fibromyalgia may improve, and medications may not be necessary. However, even with treatment, many fibromyalgia patients will continue to experience symptoms, especially if they have stressful lives. Those who can keep working and fulfilling their social obligations, despite their pain, do best.

Fibromyalgia is a chronic condition, but it is manageable. Medicines and lifestyle changes can help manage the symptoms. These include getting enough sleep and exercise.

The National Fibromyalgia Association has tips for living with fibromyalgia.

Novus Spine & Pain Center is in Lakeland, Florida, and specializes in treating fibromyalgia pain. By using a comprehensive approach and cutting-edge therapies, we work together with patients to restore function and regain an active lifestyle, while minimizing the need for opiates.