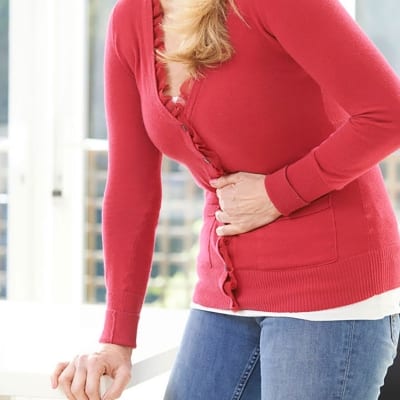 The women most affected are between the ages of 20 and 45 and have had multiple previous pregnancies. Unfortunately, this condition often goes undiagnosed, simply because many physicians are unfamiliar with it or fail to look for it.

What Is Pelvic Congestion?

Pelvic congestion syndrome is a condition, similar to varicose veins in the legs, that affects the veins of the pelvis (lower part of the belly or abdomen).

The condition causes chronic pain, often manifesting as a constant, dull ache that varies in severity. The pain is not related to the menstrual cycle, and is most common in premenopausal women.

Doctors believe the presence of estrogen in the body causes vasodilation (a widening of blood vessels) which decreases blood pressure and results in the accumulation of blood in the veins in the pelvic area. Estrogen can weaken the vein walls, leading to the changes that cause varicosities (a thickening, twisting, and enlarging) of the vein. Up to 15% of all women have varicose veins in the abdominal area, but not all have symptoms.

Pelvic congestion syndrome occurs when varicose veins develop around the ovaries, a condition similar to varicose veins in the legs. Doctors do not fully understand the causes of the syndrome. Many women have enlarged veins in the pelvis with no symptoms.

Pregnancy seems to increase the risk of pelvic congestion syndrome due to the veins enlarging during pregnancy. The veins may remain permanently enlarged and lead to PCS symptoms. Hormones may also play a role since estrogen makes the veins wider (dilate). Lower estrogen levels may explain why the condition is not common after menopause. Other hormones may also cause the veins to grow and produce PCS symptoms.

Other factors that can cause PCS include venous outflow obstruction, such as May-Thurner syndrome, left renal vein thrombosis, and external compression from a tumor.

There are many different causes of chronic pelvic pain, making diagnosis difficult. Pelvic congestion syndrome must be considered if the pain worsens when sitting or standing, and is relieved with lying down. Some patients may also experience pain with urination (dysuria) or during/after sexual activity (dyspareunia).

What are the Symptoms of Pelvic Congestion?

The primary symptom of pelvic congestion syndrome is pelvic pain lasting at least six months. The onset of pain often begins during or after pregnancy. The pain may be a heavy or aching feeling; it can also be a sharp pain. Normally, the pain is only on one side, usually the left side. But at times, the pain may be on both sides.

The pain is usually worse at the end of the day and after long periods of standing, or in women who sit all day. Patients often finds relief by lying down.

Many times, PCS symptoms don’t appear until a woman becomes pregnant. The pain may continue after the pregnancy. Some women also experience symptoms such as:

Certain factors can make the pain more intense, including:

If the symptoms get worse, it is essential to see a healthcare provider. Pelvic congestion syndrome itself does not usually lead to a medical emergency. However, if you experience a sharp, sudden pain that doesn’t go away, see a doctor right away.

How is Pelvic Congestion Diagnosed?

Pelvic congestion syndrome is not easy to diagnose. Pelvic pain is common, and many things can cause it.

Because of the variety of causes of pelvic pain, a healthcare provider will want to know the patient’s medical history and the current symptoms. The doctor will also want to do a physical exam which will likely include a pelvic exam.

After a physical examination, a Pap test to rule out cervical cancer, routine laboratory bloodwork, and a cross-sectional imaging study (CT scan or MRI) is obtained to be certain that there is not a pelvic tumor.

Some of the tests that may be performed include:

How is Pelvic Congestion Treated?

There are several treatment options for pelvic congestion syndrome. Early treatment includes pain medication using nonsteroidal anti-inflammatory drugs and alternative therapies such as acupuncture and physical therapy. In addition, a doctor may recommend certain prescription drugs to suppress ovarian function (stop the ovaries from making estrogen). Prescription hormonal medications can be used to reduce blood flow and congestion of the varicose veins.

If drug therapy is ineffective, minimally invasive treatments may be an option, such as nonsurgical embolization (intentional plugging) of the varicose veins. The varicose veins are permanently sealed off from the inside. Patients typically return to work and light activities the following day, and to full activities in a week.

In some cases, the symptoms may ease once the patient enters menopause.

The Novus Spine & Pain Center vein clinic is in Lakeland, Florida, and specializes in treating pelvic congestion. By using a comprehensive approach and cutting-edge therapies, we work together with patients to restore function and regain an active lifestyle, while minimizing the need for opiates.

To schedule an appointment, please contact us online, request a call back, or call our office at 863-583-4445.