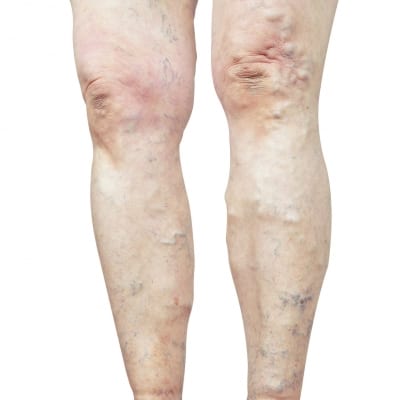 Endovenous ablation (also called Endovenous Thermal Ablation) is a frequently used method for treating varicose veins, which affect approximately a quarter of the adult U.S. population. Varicose veins are superficial blood vessels that bulge and rise above the skin’s surface. These abnormally lengthened, twisted, or dilated veins can be uncomfortable and result in swelling of the legs.

If left untreated, varicose veins can lead to venous ulcers, a more serious medical problem, the result of venous insufficiency.

What Is Endovenous Ablation?

Endovenous ablation is an image-guided, minimally invasive procedure using laser energy, radiofrequency, or steam to cauterize (burn) and close varicose veins. The procedure does not remove the problem veins. Instead, it damages the vein causing it to collapse, shrink, and eventually dissolve and disappear. Blood flow continues through other nearby veins.

Endovenous ablation by the Lakeland, Florida Pain Doctor is a safe, effective method of treating varicose veins. It is less invasive than conventional surgery and leaves virtually no scars. Although endovenous ablation is used for cosmetic purposes, it is more commonly used to help alleviate chronic pain and other symptoms related to varicose veins in the legs. The symptoms can include:

The procedure has radically changed the treatment of varicose veins. There is minimal bleeding and bruising, resulting in less pain than surgical ligation and stripping while providing similar cosmetic results. In addition, most patients can resume normal activities sooner than with other procedures.

How Does Endovenous Ablation Work?

Endovenous ablation is an image-guided, minimally invasive procedure performed on an outpatient basis.

Using ultrasound equipment for guidance, the doctor inserts a catheter through the skin and positions it within the abnormal vein. Laser or radiofrequency energy is then applied as the catheter is slowly withdrawn from the vein. The procedure is usually completed in about an hour, and no sutures are needed.

Following the procedure, the patient will need to wear a compression stocking to help reduce bruising and tenderness, while also minimizing the possibility of blood clots forming.

The patient may resume normal activities immediately, except for air travel or prolonged sitting (such as a long car trip). Doctors want patients to remain active. Spending too much time in bed during the recovery period increases the chances of complications.

What Are the Benefits of Endovenous Ablation?

Additional benefits of endovenous ablation include:

Some of the reasons for patients to consider treating varicose veins with endovenous ablation include:

Varicose veins are the result of a progressive disease. While it is possible to treat problematic veins, it is impossible to predict if others will appear later. Every patient is different; individual genetics and lifestyle will dictate whether other varicose veins will develop over time.

Novus Spine & Pain Center is in Lakeland, Florida, and treats patients with chronic pain with numerous therapies, including endovenous ablation. By using a comprehensive approach and cutting-edge therapies, we work together with patients to restore function and regain an active lifestyle, while minimizing the need for opiates.